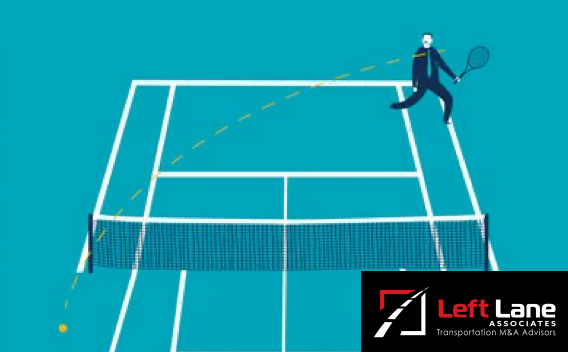 After months of grueling negotiations, the LOI is ﬁnally signed. In a few short months you’ll be driving down Comfort Street. It’s time to head for the hills with the next of kin.

I lived through the euphoria of thinking my business was sold after signing an LOI. However, I quickly realized that “signing the deal” really is just the beginning of a long and arduous process called due diligence. That’s the four-month period where you defend your “price” while your new boss “Looks Over the Itsy-bitsy”.

LOI actually stands for “Letter of Intent,” a non- binding legal document that outlines the parameters of your deal while setting the framework for the binding Purchase Agreement. It signifies a desire by both parties to reach a sale agreement assuming due diligence yields no significant surprises.

I realized very quickly that my LOI was a lot more than a 13-page document that out- lined the terms of our deal. It was a pivotal turning point where the balance of power shifted from me, the seller, to them.

In any seven-game playoff series game three is always called the “swing” game. It’s considered the point in the series where the momentum swings in favor of one team. Signing an LOI is game three of the M&A World Series.

Before game three the seller has the advantage because he controls all of the information. However, once the LOI is signed, the momentum shifts instantly to the buyer. They ask and you deliver!

If you’re thinking of selling your company, here are some things to consider before playing game three.

LOIs are non-binding but do bind the conﬁdentially and the exclusivity of any deal. That means anyone who touched the ﬁle has to keep his yap shut and the seller can no longer entertain other offers. The exclusivity clause favors buyers because it doesn’t apply to them.

Buyers, on the other hand, can work on as many “exclusive” ﬁles as they want. Having the ability to walk away unscathed and to bell-curve the multiple deals in their M&A pipeline is a signiﬁcant advantage.

The pinnacle of the seller’s negotiating power is just before the LOI is signed. If he can’t negotiate a good deal at this stage of the game, it will be impossible to get it done four months down the road. By that time his back will be against the wall leaving him with little or no options. It’s in the seller’s best interest to ensure the LOI is comprehensive and covers every major deal point. It might be the last chance he gets.

Buyers on the other hand have limited information before the LOI is signed. That’s why they prefer keep- ing the terms vague, loosy-goosy, and exclusive for as long as they can. In all prob- ability, this is not their ﬁrst playoff series so they know once the ink dries the power instantly swings in their favor.

No one signs an LOI hoping or wishing that the deal will not get done. However, it’s important to consider that only one out of every three LOIs ever results in a sold sign hanging on the door. It’s critical for sellers to consider the downside before signing the “swing” document.

When a deal falls apart it becomes very difﬁcult for sellers to ﬁnd another dance partner. Potential suitors will be skeptical once they ﬁnd out a deal collapsed during due diligence. It’s even worse if the seller spoke to other prospective buyers during the initial search process. If he left them standing at the altar, he’ll will quickly be reminded that spurned brides have long memories.

The conﬁdentiality clause also doesn’t offer as much protection as you would think. Signing an LOI with strategic buyers means surrendering every trade secret and itsy-bitsy piece of customer information. If the deal gets shelved, NDAs are almost impossible and very costly to enforce. It’s hard enough keeping customers these days. It’s real hard once a competitor is given unfettered access to your secret sauce.

One more thing for sellers: don’t start spending the money yet!