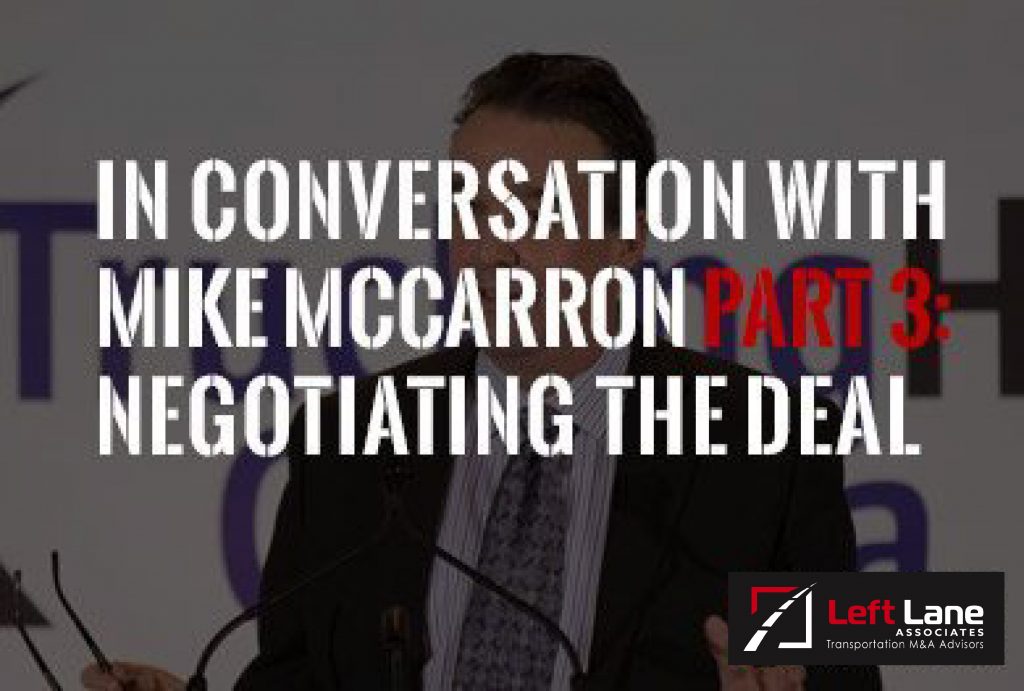 In the meantime, enjoy Part 3

TN: So, once you identified Wheels as a strategic fit, what came next? Did you sit down in a boardroom like this one and hammer out a deal?

The problem with negotiations is they can get difficult, and they can get personal. You have to be very careful because when it does get personal, if you are involved in the negotiations you can sometimes take it too personally and set the negotiations off. We felt that working with an investment banker, their experience was great, they helped us work through the legal jargon – in particular dealing with a public company – and they really helped us get to the finish line.

TN: Were you completely hands-off during the early stages of negotiations, allowing your investment banker to represent you as a hockey agent would, or were you involved at every step along the way?

McCarron: There was a ton of direct contact because when you’re talking to a public company, there is a fiduciary responsibility that no stone can go unturned. When no stone goes unturned, there are a lot of questions, questions we didn’t always have the answers to, at least initially. It’s a really complicated process.

What people don’t understand is that the due diligence isn’t only on the side of the acquirer. We did a lot of due diligence to determine if it was the right fit for us. Part of the deal was stock, so we had to make sure the paper we’re getting is good paper.

The part I think everyone forgets, James, is that while this is going on, you still have to protect your bottom line. As much as we began discussions in January of last year and closed in October, the closing is based on the numbers at that time. So, now you have your financial team and your administrative team doing reports, answering questions and going to meetings, but they still need to be managing the house. People tend to forget about that. The day someone knocks on your door is not the day you sell the business. It’s based on your financial statements, so every time you have a bad month – or conversely, a good month – it’s affecting the numbers. The numbers are based on the snapshot that day, but they take a brand new snapshot the day they close the deal.

– In Part 4 of this interview, McCarron reveals the biggest surprise in selling his business and how the companies involved managed to keep it quiet.