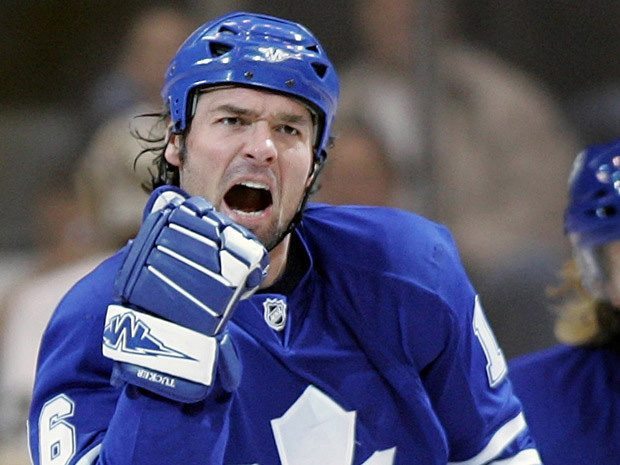 Seriously thinking of selling your business? You’d be crazy to do it without an outside agent. – By Mike McCarron

When I’m not helping customers buy or sell transportation companies I’ve been known to hang around the odd hockey rink. In fact, I have always fancied myself as a bit of a connoisseur of our national pastime. However, for a long time, I never understood why hockey players used agents to negotiate their contracts. It seemed like a lot of money to pay someone when you could do the work yourself.

Then Darcy Tucker, former Maple Leafs agitator-turned-player-agent, connected the dots for me.

Negotiating a hockey contract is an exhausting process that takes a skill set very few players possess. Agents act as a buffer between the player and team during the emotionally charged process, which almost always gets negative and personal. While this is going on in the boardroom, the player has to make sure the negotiations don’t affect his on-ice performance and potentially cost gazillions in lost income.

Selling your business can be similar to negotiating a long-term hockey contract. You might only get one kick at the can, so don’t screw it up because you’re too cheap or too proud to get help. You want maximum return for your years of blood, sweat, and tears so here’s why you’re crazy if you don’t have a Darcy Tucker on your M&A team.

Picking an advisor is a job in itself. It’s critical that you hire a professional who has a proven track record in the transportation industry. Every candidate you talk to will have his own unique perspective on your deal. Milk this interview process for as much free advice as you can, even if you don’t hire someone. Dangling a six-ﬁgure commission is a great way to get a free M&A university education. Once you pick your dance partner, the freebies will quickly end.

When you add an expert to your team you send a powerful message to the market that you’re serious about buying or selling. Instantly you have someone you can count on to carry the puck for you during this long and arduous process.

When I sold MSM Transportation, it would have been impossible for me to get maximum value while worrying about running the day-to-day business. Frankly, I was overwhelmed by how much BS was actually involved in getting a deal done. If you don’t have someone like Darcy mucking it up for you in the corners, you will get bullied around and risk losing your deal.

M&A advisors will take the hits so you can skate free. Most company leaders (me included) are pretty thin-skinned. While you’re extolling the positives of your business, they’re extolling the negatives. By taking the body shots on your behalf, advisors keep the process moving forward and limit the amount of “deal fatigue” that sets in. This will also increase the probability of a successful post-deal transition. It’s tough to work with someone when all you want to do is pound the pudding out of them because of all the negative things said about your “baby” during due diligence.

Getting advice from your existing lawyers and accountants is a huge mistake. Unless it’s their specialty, very few professionals know anything about selling companies. In fact, they’re prime examples of how “a little information” can be dangerous.

Your existing advisors have a vested interest in you hanging around forever. The day your deal closes is the day they lose a client. The more important your business is to their bottom line, the more likely they are to steer you toward the status quo.

I have zero doubt that the chances of a successful outcome are significantly increased when you hire a professional advisor. Hockey players at all levels hire agents even though it’s highly improbable they will ever sign a professional contract. Only one thing is certain about your business: its ownership will change one day. Time to call Darcy!